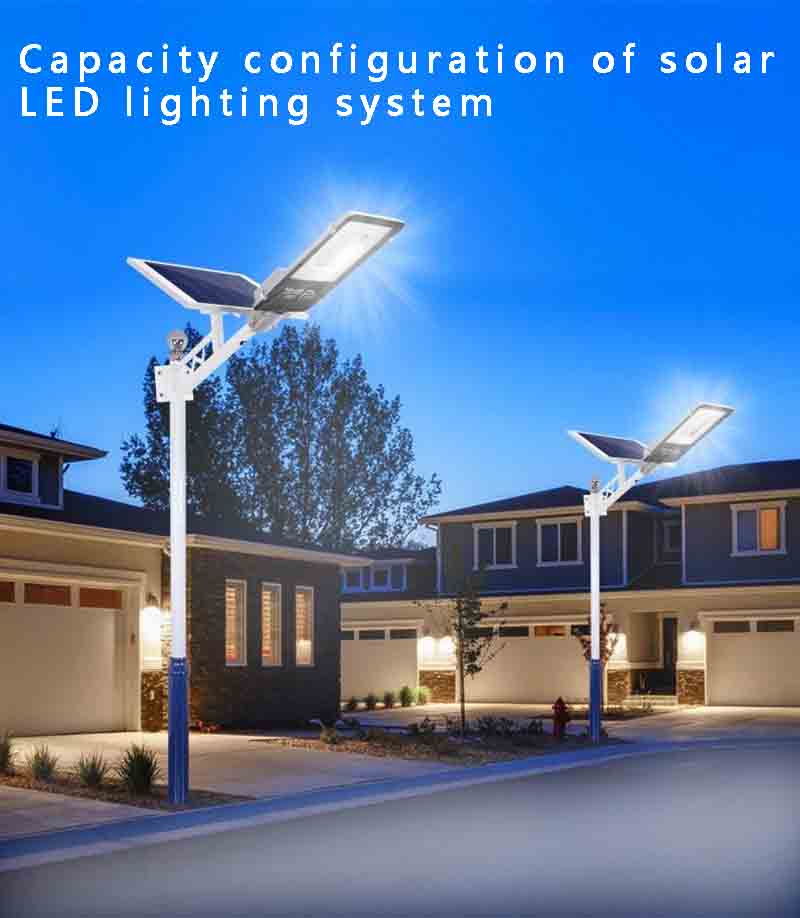 The design idea of ​​the battery is to ensure that the load can still work normally when the sunlight is continuously lower than the average value. Assuming that the battery is discharged at night in a fully charged state, and the light radiation intensity on the next day is lower than the average value, then the electric energy generated by the solar cell array cannot completely fill the vacancy caused by the energy consumed by the load from the battery, and the battery will is not fully charged. If the light radiation intensity remains below average for the next few days, the battery will still be discharged to supply the load, but the battery state of charge will continue to decrease.

Such a discharge process can only last for a few days, after which the state of charge of the battery will reach a specified dangerous value, and continued discharge will damage the battery. In order to quantitatively evaluate the situation that the sunlight is continuously lower than the average value, an indispensable parameter needs to be introduced when designing the battery: the number of days of self-sufficiency, that is, the system can use the battery only when the battery is fully charged without any external energy. The number of days the load was working properly. This parameter directly determines the design battery capacity of the system.

(1) Preliminary calculation
First of all, it is necessary to determine the power consumption of the load. For the LED system, the driving efficiency can be 0.8~0.9, and the total loss of the line is 10%. In this way, the total power consumption can be obtained according to the following formula (1):

In the formula, Pi is the power consumption of a certain period of time; hi is the working time of a certain period of time. If the discharge is constant power, it does not need to be accumulated. When the power is changed, it can be accumulated according to the above formula.
The initial battery capacity can be obtained by multiplying the power consumption of the load by the working time and the number of self-sufficiency days determined according to the actual situation.

In the formula, C is the battery capacity; d is the self-sufficiency days; V is the voltage used by the system; DOD is the depth of discharge.

In the formula, np is the number of batteries that need to be connected in series; CB is the nominal capacity of a single battery (10h discharge rate). Taking a solar LED street light as an example, assume that the power of the LED is 40W, the driving voltage of the LED is 12V, the full power discharge is 5h every day, and the half power discharge is 5h. Deep cycle battery with 80% depth of discharge. The calculation process is as follows.
First calculate the total power consumption, the drive efficiency is 85%, and the line loss is 10% (6)

Then accumulate the power consumption in different time periods (7)

Calculate the capacity of the battery (8)

Select 2V/40A h single battery, then the number of batteries to be connected in series (9):

Number of batteries to be connected in parallel (10):

In the design, you need to take an integer, you can take 6. Therefore, the required batteries are 6 rows in parallel, and 6 batteries in each row are connected in series, for a total of 36 batteries. In actual use, the high-power LED lighting system will be driven by 12V/24V, so the battery is mainly driven by 12V, and a battery is selected as much as possible to meet the power supply of the system, so as to reduce the unreliability caused by battery inconsistency to the system.

(2) Calculation correction
In practice, there are many performance parameters that have a great impact on the capacity and service life of the battery. In order to get the correct battery capacity design, the calculation results must be corrected.

When calculating the correction, the concept of the average discharge rate needs to be calculated first, and the calculation method is as follows (11):

(3) Parallel design of battery packs
After calculating the required capacity of the battery, the next step is to decide how many single batteries to be connected in parallel to obtain the required battery capacity. In this way, there are various options. For example, if the calculated battery capacity is 500A·h, you can choose a single battery of 500A·h, or you can choose two 250A·h batteries in parallel, or you can choose five 100A batteries. · The batteries of h are connected in parallel. In theory, these options can meet the requirements, but in practical applications, the number of parallel connections should be minimized. That is to say, it is best to choose a large-capacity battery to reduce the number of parallel connections required. The purpose of this is to minimize the impact caused by the imbalance between the batteries, because some parallel batteries may be unbalanced with the parallel batteries during charging and discharging. The more groups connected in parallel, the greater the possibility of battery imbalance. Generally speaking, it is recommended that the number of parallel connections should not exceed 4 groups.

At present, many photovoltaic systems use two groups in parallel mode. In this way, if one group of batteries fails and cannot work normally, the group of batteries can be disconnected for maintenance, and another group of normal batteries is used. Although the current has dropped, the system can still maintain normal operation at the nominal voltage. . In short, the parallel design of battery packs needs to consider different actual situations, and make different choices according to different needs.

In the formula, ηc is the coulombic efficiency of battery charging, usually 0.9~0.95; as is the output efficiency attenuation factor of the solar cell array, usually 0.85~0.95.
Due to the characteristics of solar energy, its irradiation energy varies greatly with the seasons, so the main starting point of the design is to meet the needs of any time, especially when the irradiation is the lowest. Changes in solar energy are difficult to predict, so the design can only rely on historical data for calculation. For the case of constant load throughout the year, the design calculation of the solar cell array is based on the month with the lowest irradiance. If the working condition of the load is changed, that is, the demand for electricity of the load in each month is different, then the best method to take in the design is to calculate according to different seasons or each month. The maximum number of solar cell arrays is required.

Assuming that the coulombic efficiency of the battery is 0.95, the attenuation factor of the solar cell array is 0.9, and W20 (19)

In the solar LED lighting system, the daily discharge depth of the battery is calibrated to ensure that the battery will not be over-discharged, which can effectively ensure the reliability of the system. It is usually necessary to calibrate a system with a small number of self-sustaining days. If the number of self-sufficiency days is large (more than 5 days), the actual daily depth of discharge is already very small, and no calibration calculation is required. If a photovoltaic system uses a shallow cycle battery of 100A·h and the daily load is 50A·h, then the average daily discharge depth reaches 50%, which has reached the limit of the battery discharge depth, which is easy to cause the battery to be over-discharged in the system. It is necessary to appropriately increase the battery capacity and reduce its depth of discharge.

Read more: What are the advantages of VRLA batteries in terms of construction and use?