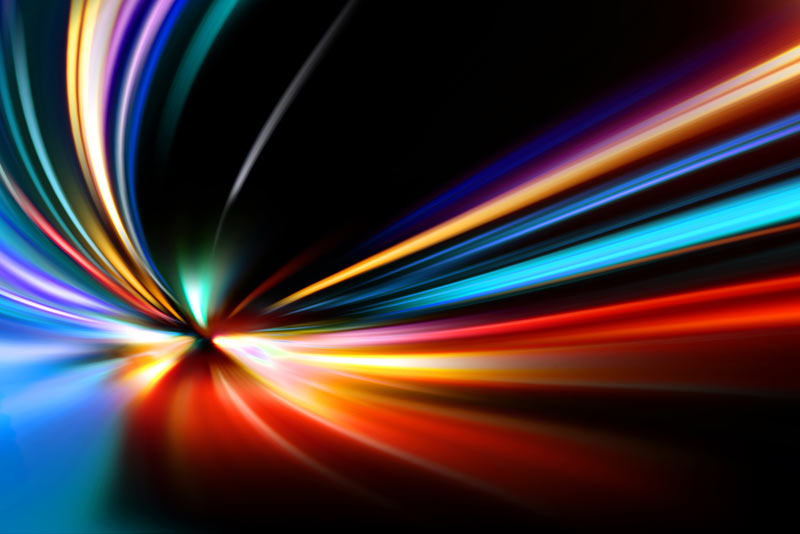 Optical radiation with wavelengths longer than visible radiation is called infrared radiation. The wavelength range is

All forms of radiant energy travel in a vacuum with the same speed of 299,793 km/s (closer to 3 × 105 km/s). When radiant energy passes through a medium, its wavelength and speed change; while the frequency is determined by the source of the radiation that produces the electromagnetic wave, it does not change with the medium it encounters. The velocity of the radiant energy can be determined, and the relationship between frequency and wavelength can be expressed by the following equation:

where v——the propagation velocity of the wave in the medium, m/s;

n is the refractive index of the medium;

v – the frequency of the photon, Hz.

Table 1 gives the speed of light in different media, and its frequency corresponds to the frequency of light with a wavelength of 589 nm in air.