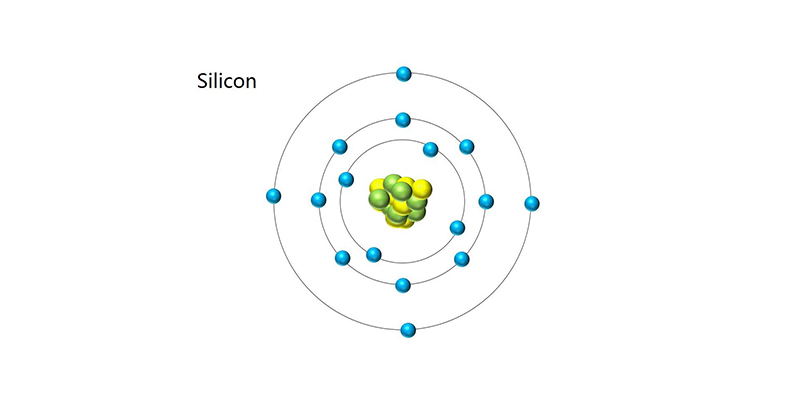 (1) enegy band
A large number of atoms in the crystal are gathered together, and the distance between the atoms is very close. Taking silicon as an example, there are 5X 1022 atoms per cubic centimeter of volume, and the shortest distance between atoms is 0.235nm. This causes the shells farther from the nucleus to overlap. The overlap of the shells makes the electrons no longer confined to a certain atom, and may transfer to the similar shells of adjacent atoms, or move from adjacent atoms to more. A far away atomic shell goes up. This phenomenon is called the commonality of electrons. As a result, electrons that are originally in the same energy state have a slight energy difference, and the corresponding energy level is expanded into an energy band.

(4) Conduction band
The allowable band with the lowest energy above the valence band is called the conduction band.
The bottom energy level of the conduction band is denoted as Ec, the top energy level of the valence band is denoted as Ev, and the energy interval between Ec and Ev is the band gap Eg. The conductive effect of a conductor or semiconductor is realized by the movement of charged particles (to form an electric current), and the carrier of this electric current is called a carrier. The carriers in a conductor are free electrons, and the carriers in a semiconductor are negatively charged electrons and positively charged holes. For different materials, the forbidden band width is different, and the number of electrons in the conduction band is also different, thus having different conductivity.