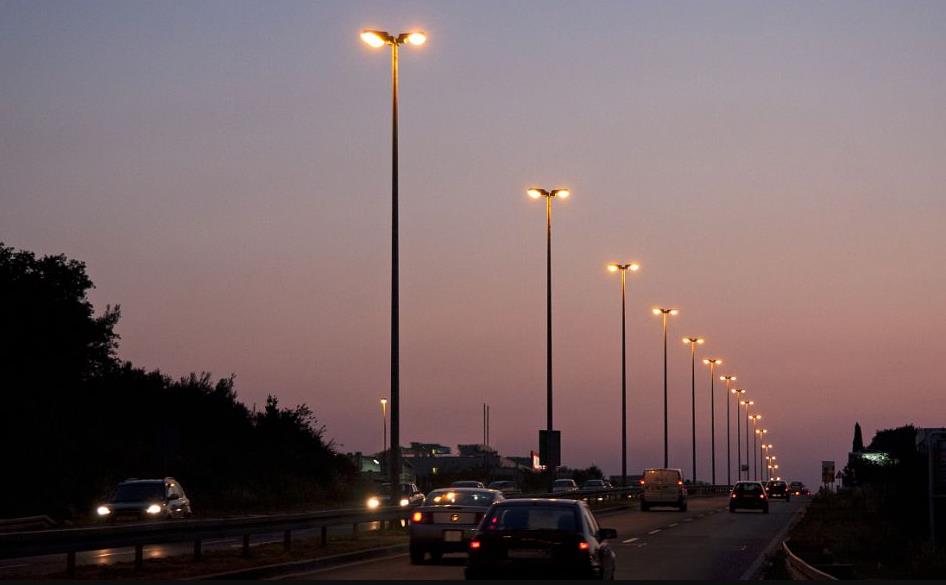 First of all, let’s first understand what a solar LED lighting system is?
The solar LED lighting system is composed of solar cell components (including brackets), LED lamp holders, control boxes (with controllers and batteries) and light poles; the luminous efficiency of solar panels reaches 127Wp/m2, and the efficiency is high. The wind-resistant design of the lamp is very advantageous; the lamp holder part uses 1W white LED and 1W yellow LED integrated on the printed circuit board and arranged as a dot matrix with a certain interval as the plane light source.

The control box body is made of stainless steel, which is beautiful and durable; maintenance-free lead-acid batteries and charge and discharge controllers are placed in the control box. This system uses valve-regulated sealed lead-acid batteries, which are also called “maintenance-free batteries because they are rarely maintained, which is conducive to reducing system maintenance costs. The charge and discharge controller is designed with full functions (with light control). , Time control, overcharge protection, overdischarge protection and reverse connection protection, etc.) and cost control to achieve a very high cost performance.

The technological development trend of solar LED
(1) Improvement of system reliability
At present, the reliability of solar LED systems is not very satisfactory. Many systems have a damage rate of more than 50% after two years of use. The main reason is that the supporting circuits are damaged more seriously. The main idea of ​​the solution is to ensure that the heat dissipation of the circuit part during the design of the lamp can meet the requirements of the circuit’s operating temperature and reduce it as much as possible, so as to improve the reliability of the circuit in high and low temperature environments. The use of thick-film hybrid integrated circuits will be a good choice. Its resistance accuracy can be as high as 0.05%, the resistance temperature coefficient is below 100ppm, and the surface is treated with three preventions, which can be suitable for harsh environments in different regions. The thick-film circuit of the PV controller adopts thick-film hybrid integrated circuit technology, which has a wide operating temperature range (﹣55 ~125″C) and high control accuracy. The thick-film circuit of the PV controller adopts automatic welding technology, and the welding quality is guaranteed. In terms of aesthetics and reliability, it has been significantly improved compared to the existing controllers by manual welding. The reliability of thick film circuits is four times that of ordinary PCB boards and twice that of SMD PCB boards.
(2) Improve the efficiency of the system
For solar LED systems, maximum peak power tracking technology can be used to improve the energy efficiency of solar panels. The voltage and current (U-I) characteristic curves of solar panels are non-linear and variable, and it is very difficult to extract the maximum amount of electrical energy from them. This requires solar LED charge controllers and other related electronic circuits to adopt effective control methods as much as possible to improve energy efficiency, so as to maximize the advantages. The use of a pulse width modulation (PWM) controller will control the amount of power to charge the battery, and can achieve trickle charging, thereby protecting the battery and prolonging its service life. The latest controller that supports the maximum peak power tracking function can compensate for the constantly changing U-I characteristic curve of the solar cell, optimize the power output of the solar cell, improve energy efficiency, and charge the battery to the optimal power level. In addition, using chips to drive LEDs can also improve efficiency and effectively save system configuration. At present, the highest chip driving efficiency has reached about 93%. Figure 1.10 shows the efficiency of a PWM chip driving LED.