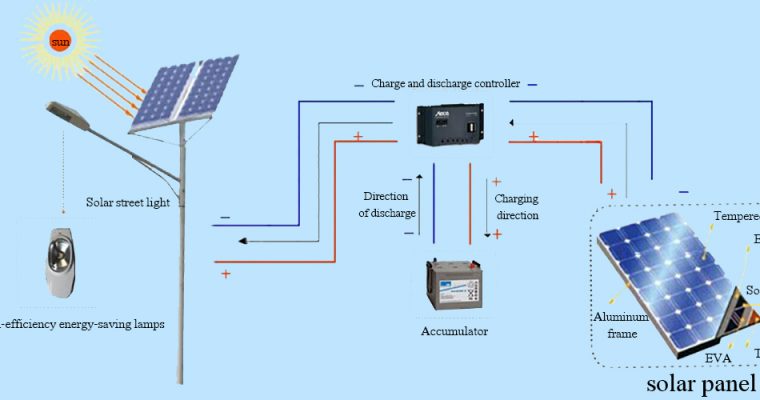 LED is the abbreviation of English light emitting diode (light emitting diode), is a PN junction that can convert electrical energy into light. The basic structure of the LED is a piece of electroluminescent semiconductor material, placed on a leaded shelf, and then sealed with epoxy resin around it to protect the inner core wire. Its structure is shown in Figure2.

In the PN junction of some semiconductor materials, when the injected minority carriers recombine with the majority carriers, the binding energy is released in the form of photons, thereby directly converting electrical energy into light energy. And some other light-emitting devices often need to go through the process of converting electrical energy into particle kinetic energy and then into light, which reduces the conversion efficiency. Theoretically, the luminous efficiency of LED has a lot of room for improvement. When the LED is in a forward working state (that is, a forward voltage is applied to both ends), when the current flows from the LED anode to the cathode, the semiconductor crystal emits light of different colors from ultraviolet to infrared, and the intensity of the light is related to the current. The luminous efficiency of LEDs is constantly improving, and the service life can be very long, which is truly green lighting
Solar energy has been put into practical use as a low-power DC power supply, and the cost has been greatly reduced with the advancement of production technology. The combination of LED technology and solar technology complements each other, and the combination of the two can largely get rid of the dependence on traditional power supply and manual maintenance and the resulting costs. The use of solar LED lights has extremely high social and economic benefits. It can be maintenance-free, energy-saving and environmentally friendly, and has a high degree of reliability. Green energy and sustainable development are major issues facing mankind in the 21st century. The development of new energy and the full and reasonable use of existing energy have received great attention from governments of all countries. As an inexhaustible and inexhaustible clean and environmentally friendly energy source, solar power generation will achieve unprecedented development. With the deepening of the industrialization of solar energy and the deepening of technology development, its efficiency and cost performance will be improved, considering that LED technology will gradually be widely used in the lighting field.

The composition of the solar LED system
The structure of the solar LED system is mainly divided into four modules. The basic structure is shown in Figure 1.9. The first part is a solar battery module to realize the conversion of solar energy to electric energy; the second part is a control circuit to control The charging and discharging between the solar battery and the storage battery, the power supply of the Song battery to the load and the protection and control of the realization of the safe operation of the system, etc.: The third part is the storage battery. The electric energy converted from solar energy is stored in the storage battery: the fourth part is the LED lamp.

(1) Solar cell
Solar cells are devices that can convert sunlight into voltage. They have one thing in common, that is, input specific light to these devices, and a photoelectric effect will occur, which converts light energy into electrical energy. The solar cell is pressed by two different doped materials to form a PN junction. Under the irradiation of the characteristic wavelength of sunlight, a certain potential difference will be formed between the N-type region and the P-type region. This potential difference determines The maximum supply voltage of the battery. If the battery is connected up and down to form a loop, the solar battery can supply power to the load.
In principle, as long as the solar battery and the load are directly connected to the load to supply power, the load can work, but in fact, because solar energy is constantly changing, on the one hand, the power supply time and the load working time may be inconsistent, on the other hand, the load often needs to be at a certain level. It can only work at a voltage that is high, and solar cells do not have the ability to provide a constant voltage, so all solar power systems now work with batteries.
(2) Control circuit
The control circuit is the core of the system, and its main functions are as follows.
A. Charge and discharge of the control system When charging, the solar battery charges the battery: When discharging, the electric energy of the battery supplies power to the load. Of course, the voltage of the battery is far from meeting the requirements of the load, and the control circuit will boost the output voltage of the battery.
b. Timing work The working time of the system can be automatically set. When the battery power is insufficient or the output voltage is too low, the load is automatically cut off and the solar battery is controlled to charge the battery.
C. Protection function The control circuit can realize the protection of the system. When the system has problems, such as load short circuit, open circuit, reverse battery connection, overcharging, etc., it will automatically cut off the circuit. When the light is long, the charging degree is controlled, and the battery will stop charging when the battery is full, so as to protect the battery and prolong its service life.
(3) Accumulator
The aforementioned solar battery cannot directly supply power to the load. The electric energy must be stored in the Accumulator. The Accumulator supplies power to the load, but the voltage of the Accumulator cannot be applied to the solar battery. It must be ensured that the charging between the solar battery and the Accumulator is unidirectional.
(4) LED lamps
For high-power LED lamps, there are two main issues that need to be considered: component heat dissipation and light distribution. In order to solve the heat dissipation problem of components, conduction and heat dissipation technologies can be adopted. When designing the structure of the lamp, materials and layout can be used to ensure that the LED and the driving circuit work within a reasonable temperature range, thereby improving the life and reliability of the system. The light distribution of LED lamps is also a key consideration when designing. The secondary light distribution is carried out for the characteristics of small luminous points and high brightness to meet the requirements of lighting.