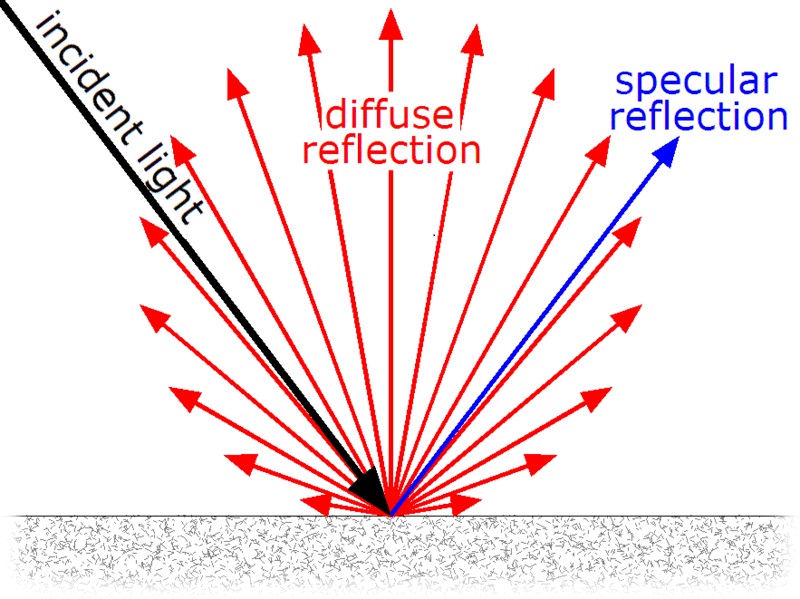 ②Spread reflection When light is incident on a diffused aluminum plate, a brushed metal plate or a matte white paint coating from a certain direction, the reflected light is scattered in different directions, but the general direction is Consistently, as shown in Figure 1, the axis direction of the beam still obeys the law of reflection. This reflection of light is called scattered reflection.