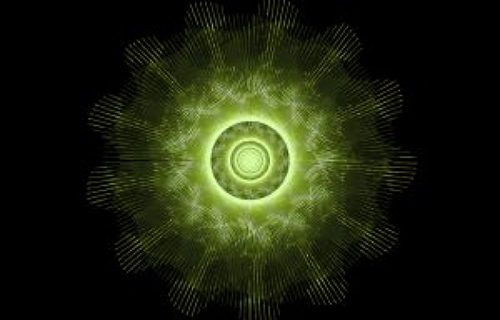 ① Multiphonon transition
When electrons and holes in a crystal recombine, they can release excess energy in the form of exciting multiple phonons. Generally, the band gap of light-emitting semiconductors is above 1eV, and the energy of a phonon is about 0.06eV. Therefore, in this type of transition, if the energy of the conduction band electrons all form phonons, more than 20 phonons can be produced. The probability that so many phonons are generated at the same time is very small, but because there are always many impurities and defects in the actual crystal, there are naturally many points in the forbidden band.
Energy level. When electrons fall at these energy levels in turn, phonons are also produced one after another, which is a multi-phonon transition. The multi-phonon transition is a low-probability multi-stage process.

② Auger process
When electrons and holes recombine, the excess energy is transferred to the third carrier, so that it is excited in the conduction band or valence band. The third carrier makes multiple phonon emission transitions in the continuous state of the energy band to dissipate its excess energy and return to the initial state. This kind of compound is called Auger compound. Since the third carrier that gets energy in this process makes multiple phonon emission transitions in the continuous state of the energy band, the Auger recombination is non-radiative. Since this process involves the interaction of two electrons (or holes) and one hole (or electron), when the concentration of electrons (or holes) is high, the recombination is more significant, and therefore it is required to emit light. The doping concentration of the PN junction cannot be too high.
In addition to the Auger process of free carriers, when electrons transition in the energy level formed by crystal defects, the excess energy can also be obtained by other electrons and holes, resulting in another type of Auger process. In actual light-emitting devices, the Auger process realized by the defect level is also very important.

③ Surface composite
The interruption of the crystal lattice at the crystal surface creates dangling bonds that can adsorb impurities from the surroundings. Therefore, high concentration of deep and shallow energy levels can be generated, which can act as recombination centers. Since the surface recombination of electrons and holes within a diffusion length on the surface is carried out by transitions in the continuous state of the surface, non-radiative recombination is prone to occur. Therefore, the treatment and protection of the crystal surface is also an important aspect of improving the luminous efficiency of light-emitting diodes.

At present, people pay great attention to the role of dislocations and deep energy levels in semiconductor light-emitting materials. Dislocations can cause quenching of luminescence, and can also cause aging (the efficiency of light-emitting devices decreases with increasing working time. The study of deep energy levels is very important to understand non-radiative transitions, because if there are deep energy levels, and can The majority carriers are stably trapped, and the lifetime of the minority carriers will depend on the recombination probability of them and the majority carriers at these deep levels, and the luminous efficiency will decrease.
The study of non-radiative recombination process is as important as the study of radiative recombination process. In order to improve the luminous efficiency of light-emitting diodes, people have conducted a lot of research on non-radiative recombination centers for many years, but many laws have not been found yet. The research of non-radiative recombination process has become an important field of current research on improving luminous efficiency.
Early LEDs were mainly used in the indicator lights of electrical appliances. Usually, the spectral bands emitted by such LEDs are relatively narrow but the monochromaticity is not very good, and the luminous color ranges from yellow-green to red. Before AlGaInP and InGaN luminous LEDs, the LEDs of these indicator lights emit very weakly, and their luminous brightness does not exceed that of traditional indicator bulbs. However, after AlGaInP and InGaN luminescence technologies are used, the peak of the LED luminescence can be made in any part of the visible light, and a white light LED can be obtained through a combination of different spectral luminescence.