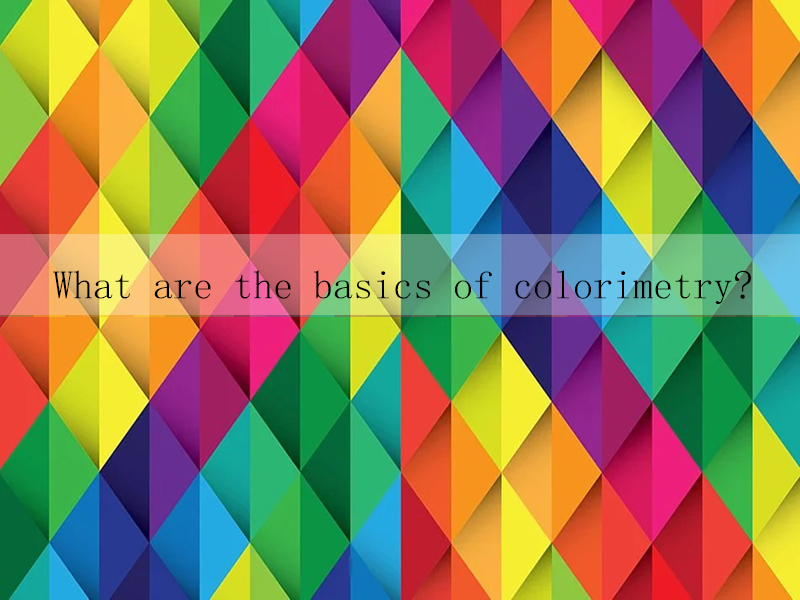 color
According to the International Commission on Illumination (CIE) publication “Colorimetry” and the Chinese National Standard GB 5698 “Color Terms”, color is an attribute of visual perception, which can be used in white, black, gray, yellow, red, green and other color names to describe. The light source color refers to the color of the light emitted by the light source. Object color is the color of light reflected or transmitted by an object. Surface color is the color of the surface of a diffuse, opaque object. Colors can be divided into two categories: achromatic and chromatic.

In the perceptual sense, achromatic refers to the perceptual color without hue, usually white, gray, black and other color names or colorless or neutral color names for light-transmitting objects. White, black, and various shades of grey can be arranged in a series called the black and white series, as shown in Figure 7.14. Pure white is an ideal fully reflective object with reflectivity ρ=1, and pure black is a non-reflective object with ρ=0, which does not exist in nature. Magnesium oxide is close to pure white, and black velvet is close to pure black. The achromatic color of the black and white series represents the change of the reflectance of the object, which is visually expressed as a change in brightness (corresponding to the change in apparent brightness). The closer it is to white, the higher the brightness, and the closer it is to black, the lower the brightness. White, black, and gray objects are not selective in their reflection of each wavelength of the spectrum, so they are called neutral colors.

Hue: Also known as hue, similar to the surface visual properties associated with one or both of the perceived color components of red, yellow, green, and blue. The hue of a light source is determined by the perception of the human eye by the spectral composition of the radiation. The hue of an object is determined by the perception to the human eye produced by the object’s selective reflection or transmission of the spectral radiation of a light source.

Chroma: Under the same lighting conditions, the richness of color is judged according to the ratio of the apparent brightness of an area that is white or high transmittance.

Saturation is used to evaluate the visual properties of pure color components in the overall vision. The various monochromatic lights in the visible spectrum are pure and the most saturated colors, often referred to as spectral colors. The more the spectral color penetrates into the white light component, the less saturated it becomes. When a spectral color penetrates a large proportion of white light, it appears to the eye not to be colored light, but to be white light. When the reflection of the surface of an object has strong spectral selectivity, the color of the object has high saturation.

Achromatic colors only differ in lightness, without the two characteristics of hue and chroma. Therefore, for achromatic colors, objects can only be identified according to the difference in brightness; while for colors, objects can be identified from the three characteristics of brightness, hue and chroma, which greatly improves people’s ability to identify objects.