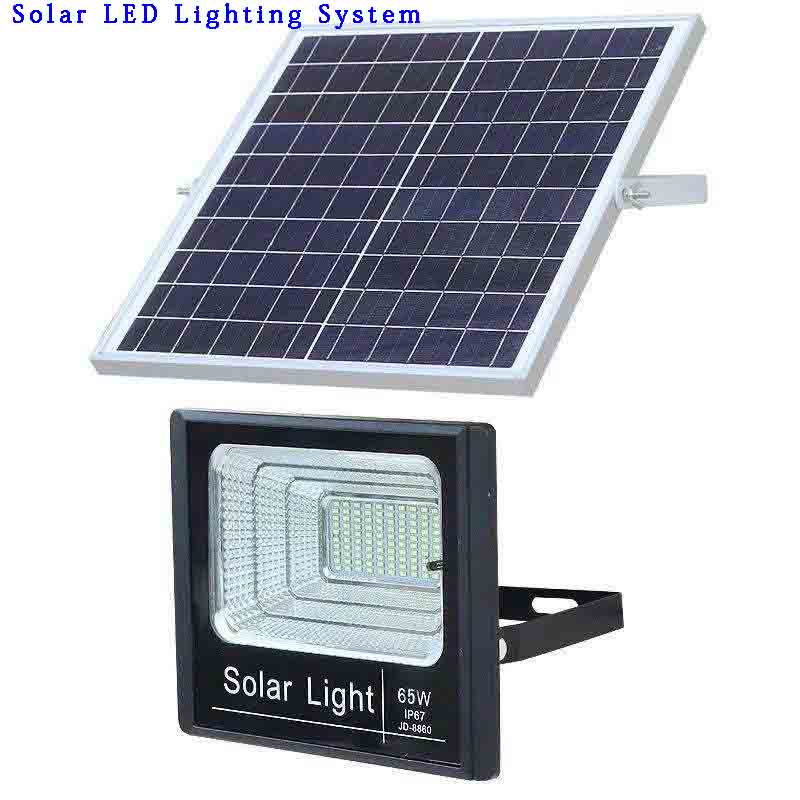 ②Battery
The battery stores the energy of the solar cell array and uses it when it is discharged at night. The purpose of the design is to store enough energy to ensure the energy consumption of the system. The design content is mainly for the selection of capacity and charge and discharge performance.

④LED lamps
LED lamps include power supply design, lamp head design and structural design. The main purposes of the design are: to drive the LED to work normally and stably, to design a reliable structure to ensure that the system can be placed safely, and to design a reasonable light distribution to meet the lighting requirements.

When designing a solar LED system, a fixed configuration cannot be used in different places, and it is usually necessary to collect data on the project site for special design to get better results. Therefore, the information on the project site is very important to the design of the solar LED lighting system.

③The solar radiation situation of the project site needs to know the geographical location of the project site, including location, latitude, longitude and altitude; meteorological data of the area, including monthly total solar radiation, direct radiation and scattered radiation, annual average temperature And the highest and lowest temperature, the longest continuous rainy days, the maximum wind speed and special meteorological conditions such as hail, snowfall, etc. These parameters are very important to the independent solar system, and a reasonable inclination and azimuth of the solar cell array can be designed.

The design of solar LED lighting system can be divided into two levels: hardware design and capacity configuration. The main purpose of hardware design of solar LED lighting system is to select suitable hardware according to the actual situation. The equipment includes LED lamps, solar cell array selection, bracket design, inverter selection, cable selection, control measurement system design, Lightning protection design and power distribution system design, etc. The main purpose of the solar LED lighting system capacity configuration is to calculate the number of solar cell arrays and batteries required for the system to work reliably throughout the year. At the same time, attention should be paid to the relationship between the maximum reliability, reliability and system cost of coordinating system work, and the system cost should be reduced as much as possible on the basis of satisfying the maximum reliability of system work. When designing the system, it is necessary to comprehensively consider the hardware design and capacity configuration of the system.

In the specific design, it is necessary to take into account the comprehensive situation of the project site for debugging, so that the system can achieve the optimal effect. The specific precautions are as follows.

② The charging, discharging and energy storage of the battery are greatly affected by the environment of the project site. In a relatively high-power system, the substrate should be buried as much as possible, which can reduce the impact of environmental changes on the battery.

④The topography of the project site will sometimes affect the reliability of the system operation. The design should avoid blocking as much as possible, and special design should be carried out in the unavoidable area.