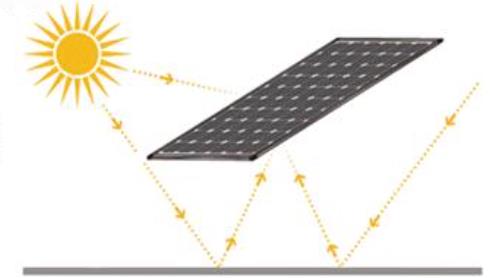 From the application point of view, the main concern is the external characteristics of the solar cell. First of all, for a monolithic solar cell, it is a PN junction. In addition to generating electricity when sunlight shines on it, it also has all the characteristics of a PN junction. Under standard light conditions, its rated output voltage is 0.48V. The solar cell components used in solar lighting fixtures are all composed of multiple solar cells connected. It has a negative temperature coefficient. When the temperature rises by one degree, the voltage drops by 2mV. For solar cell modules composed of multiple solar cells, this is a problem that cannot be ignored. In use, the solar battery will not be damaged by open circuit or short circuit. In fact, this feature is used to control the charging and discharging of the system battery. The following issues must be paid attention to in the use of solar cells.

b. Selection of battery capacity. Since the input energy of the solar photovoltaic power generation system is extremely unstable, it generally needs to be equipped with a storage battery system to work, and solar lamps are no exception. They must be equipped with a storage computer to work. There are lead-acid batteries, Ni-Cd rich batteries, and Ni-H power storage sites. Their capacity selection directly affects the reliability of the system and the system price.

child. The battery capacity should generally be selected according to the following principles: First, on the premise that it can meet the lighting of the night courtyard, store the energy of the solar electrical components during the day as much as possible, and at the same time, it must be able to store the electrical energy that can meet the lighting needs of continuous cloudy southern days at night.