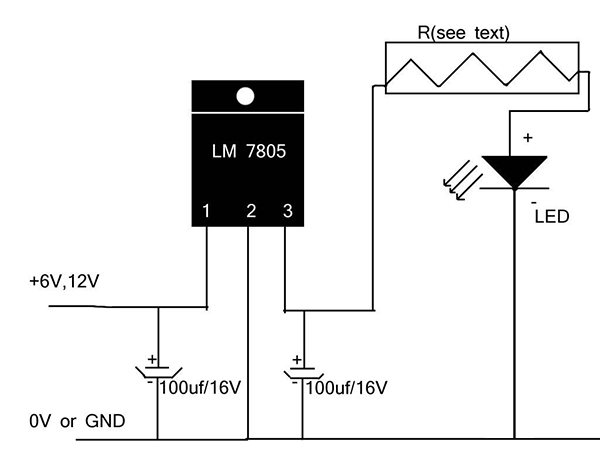 Since power transistors or MOSFET tubes have a saturated turn-on voltage, the minimum input voltage must be greater than the sum of the saturation voltage and the load voltage for the circuit to work correctly. Although the design of the linear regulator power supply is relatively simple, the overall power supply efficiency is not very high.

(3) Switching regulator circuit
The above-mentioned driving technology is not only limited by the input voltage range, but also has low efficiency. When used for low-power ordinary LED drive, since the current is only a few milliamps, the loss is not obvious. When used to drive high-brightness LEDs with a current of several hundred milliamps or higher, the loss of the power circuit becomes A more serious problem. Switching power supply is currently the most efficient in energy conversion, which can reach more than 90%. Power converters such as Buck, Boost and Buck-Boost can all be used to drive LEDs, but to satisfy the constant current drive of LEDs, the output current is detected instead of the output voltage for feedback control.

Figure 3(a) shows the LED drive circuit using Buck converter. Unlike the traditional Buck converter, the switch S is moved behind the inductor L to ground the source of S, which facilitates the drive of S. LED and L are connected in series. , And the freewheeling diode D is anti-parallel to the series circuit, the driving circuit is not only simple, but also does not require an output filter capacitor, which reduces the cost. However, the Buck converter is a step-down converter and is not suitable for applications where the input voltage is low or where multiple LEDs are connected in series.

Figure 3(b) is an LED drive circuit using a Boost converter, which pumps the output voltage to a higher expected value than the input voltage through inductive energy storage, so as to drive the LED under low input voltage. The advantage is that the output of such driver ICs can be used in parallel, effectively increasing the power of a single LED.
Figure 3 (c) shows the LED drive circuit using Buck-Boost converters. Similar to the Buck circuit, the source of the circuit S can be directly grounded, thus facilitating the driving of s. Although Boost and Buck-Boost converters have one more capacitance than Buck converters, they can both increase the absolute value of the output voltage. Therefore, they are more commonly used when the input voltage is low and multiple LEDs need to be driven.