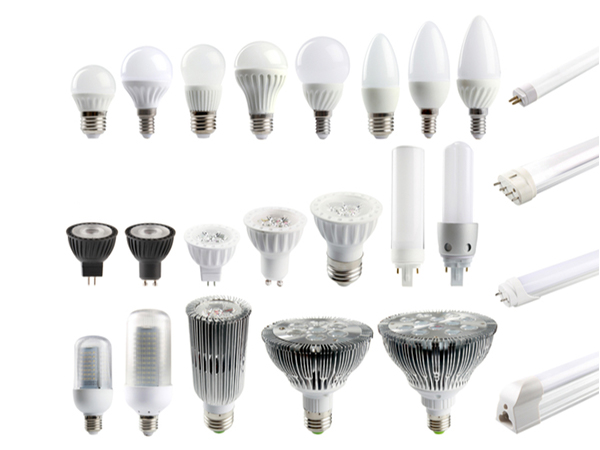 At present, there are many products of LED lights in different forms. The following is a brief introduction of various products.

Due to the different design methods of LED lamp cups, the product forms are relatively diverse, and it is impossible to list them one by one.

The driving voltage of the LED lamp cup should be paid attention to when using it. At present, many products can be directly connected to the mains.

(2) LED bulb
LED bulbs (Figure 3) are mainly used to replace incandescent lamps and energy-saving lamps. The LED bulbs currently used in lighting are made of high-power LED chips. In order to prevent glare, the shell is usually made of frosted glass or acrylic. Similar to the LED lamp cup, most of the heat dissipation currently adopts an aluminum heat dissipation structure. LED bulbs can be directly driven by the city electricity, most of the products have a wide voltage input, which can be input from 90V to 260V.

(3) LED fluorescent tube
There are two main methods for LED fluorescent tubes (Figure 4). One uses low-power devices, which uses more LED particles and lower cost, but the overall illuminance level is lower. The other uses SMD power devices. The LED particles are small and the illuminance level is high, but the requirements for optical design are very high, otherwise the light distribution control is poor, and the glare problem is serious.

(4) LED flood light
With its light structure, LED floodlights have greater application prospects in landscape lighting. There are currently two types of products, one uses a combination of power chips [as shown in Figure 5(a)], and the other directly uses a single high-power chip [as shown in Figure 5(b)]. The performance of the former is relatively stable. , The single high-power product has a relatively large structure and is suitable for small-scale light projection. The latter can reach high power and can be used for long-distance large-area light projection, but it is difficult to dissipate heat.