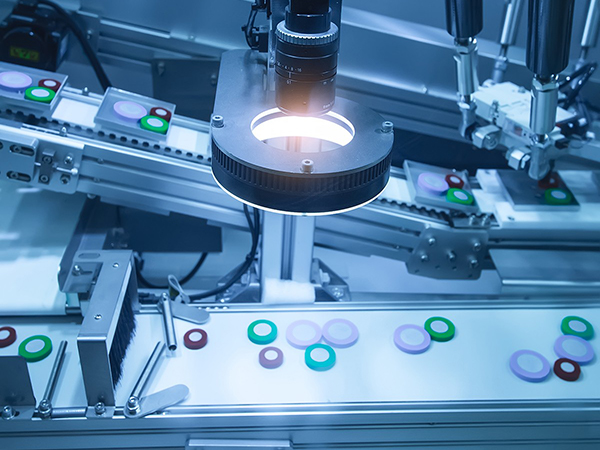 1. The necessity of LED sorting
In the indication application stage of the LED development process, the main role of the LED is to be used for indicator lights or display lights, and generally appear as a single device. With the continuous improvement of LED luminous efficiency and brightness, the scope of its application continues to expand. When LEDs are used as display devices for arrays and display screens, if they are not sorted, due to the differences in the photoelectric parameters of multiple LEDs, there must be greater dispersion and unevenness in wavelength and brightness.

The human eye has a high resolution of the color and brightness of light, and is especially sensitive to color differences and changes. The sensitivity of the human eye to different wavelengths is different. For example, for light with a wavelength of 585nm, when the wavelength change is greater than 1nm, the human eye can perceive it; while for the red light with a wavelength of 650nm, the human eye can perceive the color change only if the wavelength change is greater than 3nm. When multiple LEDs are used as array display and display screen devices, if they are not tested and screened, uneven color viewing and brightness will give people an uncomfortable feeling. Therefore, the parameters of the LED must be tested and sieved according to the application requirements, according to the main wavelength, light intensity, luminous flux, color temperature and working voltage, working current, and reverse breakdown voltage. LED testing and sorting are an indispensable and relatively important process in the LED production process. It is the current capacity bottleneck of many LED chip and packaging manufacturers, and it is also an important part of the cost of LED chip production and packaging.

(1) Testing and sorting of LED chips
Due to the small size of LED chips, special chip sorting machines are needed for sorting. Since micro-probes are required to complete the test for very small LED chips, precise mechanical and image recognition systems are required during the sorting process, and the cost of such equipment is very high, generally more than US$100,000 per unit. Although the price of the LED chip sorting machine is so high, the test sorting speed is only about 10,000 chips per hour, and only 240,000 chips can be tested every day and night.

The test and sorting of LED chips can be done by one device or by two machines for testing and sorting. The test and sorting are completed by one device. The advantage is that it is more reliable, but the disadvantage is that the speed is slow and the production capacity is low. When two devices are used to complete the test sorting, the test equipment records the position and parameters of each chip, and then transmits these test data to the sorting device for rapid sorting. The advantage of this method is high working efficiency, but it has disadvantages such as low reliability and error-proneness. Between the two steps of testing and sorting, there is usually a process of substrate thinning and chip separation. In this process, the epitaxial wafer may be broken or partially damaged, causing the actual chip distribution and the data stored in the sorting machine to deviate, causing sorting difficulties.

To improve the efficiency of the sorting work, it is fundamentally necessary to improve the uniformity of the doping concentration of the epitaxial wafer. As long as the wavelength deviation of the epitaxial wafer is controlled within ±2nm and the brightness change is controlled within ±15%, all the chips on this wafer can be classified into one file, and then the unqualified chips can be eliminated through inspection.

(2) Testing and sorting of LED products
The packaged LED products should be tested and sorted according to the luminous wavelength, luminous intensity, luminous angle and working voltage, and the photoelectric parameters of the lamp. The result is that the devices are divided into several categories according to user requirements or product manuals, and then the LED test and sorting opportunities According to the set standards, the devices are automatically divided into blocks and packed into corresponding special boxes.

The early LED sorting machine had only 32 gears, but now it has increased to 72 gears, which still cannot meet the requirements of production and market.

The LED sorter tests the LEDs under the specified operating current, and usually also tests the response voltage of the device. The current unit price of the LED test sorting machine is 60,000 to 70,000 U.S. dollars, and its test speed is about 20,000 per hour.

3. Status and trend of LED sorting
At present, LED chip testing and sorting equipment is mainly produced by the United States and Japan. This equipment has robotic hands, micro-probe and photoelectric tester hardware and a set of system software. The encapsulated LED sorting equipment is mostly provided by manufacturers in Taiwan and Hong Kong. This type of equipment contains two parts: mechanical transmission, storage, and photoelectric testing. The situation is similar to that of semiconductor integrated circuit production and testing equipment. The testing and sorting equipment for LED chips is more complicated and has high technical content. The hardware and system software are usually provided by different manufacturers and then integrated.

Large-scale LED displays and other high-end applications have increasingly stringent requirements for the consistency of LED wavelength and brightness, and LED packaging companies are also very demanding on the consistency of chips. For example, in the past, the chip wavelength was required to be ±2nm, but now it is required to be ±1nm or even ±0.5nm, which puts tremendous pressure on LED chip manufacturers. A more economical approach is to test and sort the packaged LEDs. However, due to the large number of LED products, there are different package shapes, forms, sizes, light-emitting angles and user requirements, which will make the test and sorting work difficult to operate. The current LED application wavelength range and brightness distribution range are very narrow, and it is difficult for a packaging company to produce different types and different forms of LED products that meet customer requirements. Packaging factories usually purchase die packaging according to customer requirements, and LED chip manufacturers often find it difficult to meet the purchase requirements. So the key to the problem comes back to how to epitaxially grow LED epitaxial wafers with the required wavelength and brightness through MOCVD (Metal Organic Compound Chemical Vapor Deposition).

Its development trend is:
①Before the uniformity of epitaxial wafers is well controlled, a new generation of fast and low-cost chip testing and sorting equipment must be developed;
②With the development of high-power LED technology, the test standards and methods of traditional LED products can no longer meet the standards of lighting applications. There is an urgent need to study and formulate brand-new standards and test methods, including more lighting-related optical content;
③Lighting LEDs work under high current, and traditional LED screening methods are not suitable for power LED products. Therefore, new screening and test methods must be studied, and early failure products must be proposed to ensure the reliability of LED products.